Here we are at the beginning of another culinary adventure to tantalize your mind and titillate your taste buds. We just finished off our Greyhound series and prior to that, we investigated the hotdish. It is time to move forward. As a part of the hotdish investigation, I made a Chow Mein Hotdish, which really is a Midwestern classic dinner. The hotdish recipe really got me thinking. How did Chow Mein make it from (presumably) China to dinner tables in Fargo, North Dakota? Is Chow Mein just the dry noodles that I occasionally pick up at my local grocery store? You should really sign up to get updates via email because for the next few weeks, as we are going to dive deep into Chow Mein.

I have to be honest that my personal history with chow mein is relatively limited. I don’t think I have ever ordered the dish myself. I am fairly certain I have eaten it when others have ordered takeout. If it is on our local buffet, on the rare occasion I go, I probably have had some. I suppose it is something that I have relegated the dish to my stereotype of the 1950s version of American Chinese food. That probably isn’t bad, but I just don’t know enough about it. Hopefully, we can change that.

Is It Even My Story To Tell?

Probably not. After I chose to cover Chow Mein, I incidentally started watching Ugly Delicious with David Chang. It is a great series and one of the things they talk about in this series is history, which is right up our alley, right? Chang, who is a Korean American mentioned a few times in the series about certain food histories or changes NOT being his to tell.

It got me thinking, is Chow Mein my story to tell? I don’t know, but I know that I like Chinese food, or what I know to be Chinese food. I have a curiosity about the topic and I want to work to better understand the dish and the whole genre.

Asian Food As a Kid

Perhaps I don’t have the widest exposure to Chinese food or Asian food but I also don’t think I am a know-nothing on the subject. My roots are in North Dakota. As a kid, however, I lived in the San Fransisco Bay Area for several years, which has a rich Asian community. While my mother was not much of a cook (and really didn’t like cooking), she was really awesome about exposing me to a variety of foods from several cultures. Not only that, she was very supportive of me trying to cook things, which I did. I tried to cook all sorts of food as a kid, but different variations of stir fry was one of my favorite.

Alright, Korean food and Chinese food are way different but my first real exposure to Eastern culinary fare was in Korea. I was able to spend a month in Korea as a young man with the Army. I think it was there that I first tried Kim Chi and know it was the first place I drank Soju. Ohhhh…. Soju. While my mind really wasn’t on food at the time, it certainly was a period of time that really widened my culinary exposure to the East. During this time, I tried roasted bugs and probably some meat that would be considered very unsavory in the Western world.

What I Expect To Find

To be honest, I have no idea what I expect to find. This is the first Chinese dish I am covering. Much about this series will be a new experience for me. I am not sure that my research will be the same. I am not sure I will have the ability to do some of the more obscure searches that I have been able to do for some of the other items. Not being able to read Chinese won’t help. Not to mention, the cocktails I cover are relatively new inventions from America, while I am guessing that some Chinese food history predates recorded history.

I hope to define what Chow Mein is and uncover a good history of the dish. As always, I am going work to make the best classic and traditional Chow Mein I can. Then, I will make several variations of the dish.

The goal here at Ramshackle Pantry is to try and uncover the essence of a dish or cocktail. I have a feeling that this will be the toughest challenge for me yet. We hope to learn about the history and heritage of Chow Mein. As a team, I really hope that we can learn something together and make some great food. So, follow along by signing up to get my posts via email and enjoy our deep dive into Chow Mein. 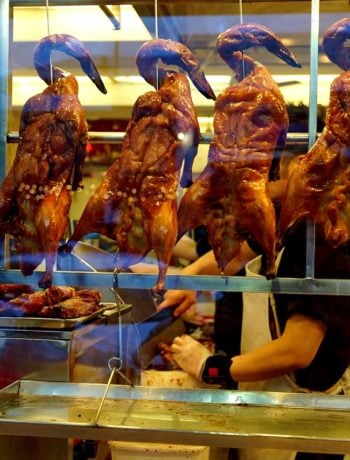