Elements of a Great Sazerac Recipe

In an effort to construct a great Sazerac recipe for our series, I think it is a worthwhile endeavor to explore the individual ingredients of a Sazerac cocktail. I am going to go into my recipe with the understanding that a Sazerac cocktail really is a drink made of brands. As we learned in the history of the Sazerac, it was a cocktail started by the Sazerac House with a branded bitter. The elements I am going to bring into my cocktail are inspired by The Sazerac Company’s recipe for a Sazerac, but my final recipe will not be the same. Mind you, The Sazerac Company has its origin as The Sazerac Coffee House, where the cocktail was first sold in the mid 1800s. With that, let’s explore the ingredients in a great Sazerac recipe.

Whiskey in a Great Sazerac Recipe

One of the main ingredients of a Sazerac cocktail is the whiskey. While the original cocktail called for cognac, somewhere in the late 1800s, this was changed to rye, one of the most popular American spirits of the time. So, that is what we are going to stick with. Additionally, I am going to keep on brand for this cocktail and use the Sazerac brand rye whiskey. I think it is appropriate to switch that out to whatever rye you would like to use and even a bourbon would be fine, but rye is a bit more traditional for this cocktail.

Well, Peychaud’s Bitters, of course. This is also owned by the Sazerac Company and has been since very early on in the company’s history. I believe it was purchased in the 1800s. Long gone are the days when this has been made in the back room of a New Orleans apothecary and it is now a branded product.

Herbsaint is the ingredient that Sazerac Company lists as the official component of a Sazerac cocktail. I am going to part ways with Sazerac Company’s version on this point an go with an absinthe. I have a feeling if they made videos in the early 1900s, the case against absinthe would look like a scene out of Reefer Madness.


Well, I am not going to feed that sort of nonsense. In fact, I have always been drawn to a little bit of crazy, so let’s drink some absinthe.

I am not going to take away from the heritage that Herbsaint brings to the Sazerac cocktail, but I am going to make a conscious choice to use absinthe in this cocktail. Partly as a matter of principal and partly to better connect to the recipe that is supposed to be.

The Rest of the Ingredients

We are going to construct our great Sazerac recipe using ingredients traditional to the cocktail. We going to build ours in a way that would have been AFTER cognac was used in the drink and prior to the banishment of absinthe. I feel that this is still a traditional drink that embraces the spirit and heritage of the cocktail and I really look forward to sharing my great Sazerac recipe in the next few days. Keep checking back or subscribe to receive my posts in email to make sure you don’t miss our recipe. 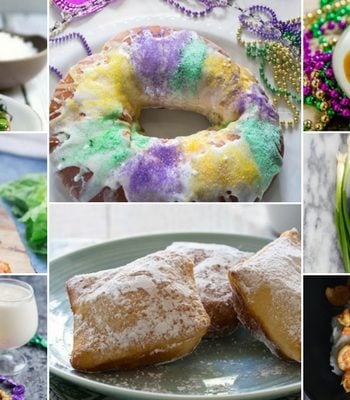 Finishing up our Sazerac Deep Dive