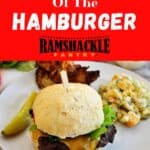 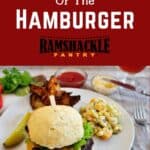 The almighty hamburger is a quintessentially American dish. Like America, the hamburger demonstrates a melting pot of origin, history, and maybe some tall tales. Even the name “hamburger” has roots in the German city of Hamburg. That does not make the hamburger any less American. It just demonstrates that we are great at taking really good things, improving them, and then making them our own. Today, we are going to look into the hamburger origin story.

Before diving into this rabbit hole, be forewarned that much of the hamburger origin story is shrouded in mystery and multiple claims of creation. Many make claims to creating the first hamburger or claims to pieces of its history. Even reputable sources make claims that can be disputed and shown to have a high likelihood to be wrong. So, instead of focusing on the details of trying to find the exact place where the hamburger originated, I am going to look at generalities. There will be some hamburger origin details sprinkled in the post, as well.

I am going to make a very unscientific assertion that when human beings started baking bread is when the real origin of the sandwich occurred. It may not have been called a sandwich, but if there was a meal time where meats and breads were served… and they combined them together, I think it might be fair to say that we are approaching the idea of a sandwich.

Even though baked grains and meats may have been served together in the past, the sandwich origin story is most often 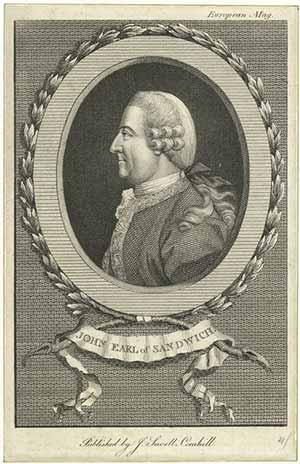 attributed to John Montagu, the 4th Earl of Sandwich. You see where this is going, right? So, the Earl had a bad gambling habit. During one particularly long bender at the card table, he asked the house cook to make him something. The additional request was something could hold while playing cards and not make a mess of the cards and table.

The notion became popular in London social circles and the legend solidifies itself. The sandwich was born.

Cooking minced beef can be tracked back to the 4th or 5th century, AD, in the oldest known cookbook, named Apicius. In it, there is a recipe named Isicia Omentata. This is a baked minced meat and may not exactly match today’s idea of a patty, but it shows just how long this sort of process has been in place.

Sometime between 4 AD and the 1700s, a descendant of that recipe became commonplace in Germany, in the form of what we would call a hamburger patty. At some point, the name Hamburg Steak, after the German city Hamburg, stuck and made a place in the hamburger origin story.

There are a few tales about how the recipe made it to Germany. One includes a lineage shared with steak tartare and Genghis Khan. Ol’ Gengy subjected a group of people called the Tartars. Legend has it that when the Tartars were out doing Khan’s dirty work, they would place tough pieces of meat (likely horse meat) under their saddles.

After a long day of riding, the meat would be roughed up and tenderized enough to be eaten. This form of minced meat migrated with the Mongols to Russia and became a popular way for butchers to prepare meat. The story goes on to suggest that this preparation of meat migrated via the Baltic Sea to Germany.

While the story sounds legit, there is quite a bit of differing information. Some have shown that steak under a saddle would become inedible. Others say that the Hamburg Steak was invented in England. Still, others say the origin of steak tartare is definitively French. I don’t know who to believe on this.

What we do know, however, is that the dish ended up with the name “hamburg steak” after the town of Hamburg of Germany. It was a popular dish and in the 1800s it migrated to America, along with many Germans. Reportedly, the “hamburger steak” appeared on the first printed menu at New York City's Delmonico restaurant. Of course, there is differing information on THAT, as well.

The arrival of the hamburg steak with German immigration to America is important in the to hamburger origin story.

What we do know is that as a matter of function (street food) or entertainment (fair food), they just started appearing. It only makes sense, right? Put some handles (a bun) on this already popular dish (hamburg steak) and you can eat it anywhere. It seems that the hamburger big bang happened sometime in the late 19th century.

Some claim that the hamburger first appeared at the 1904 St. Louis World Fair, but a google search of old publications shows that a Los Angeles weekly magazine “The Capital” printed the word “Hamburger sandwich” in 1897. Interestingly, the print was not a description of the hamburger, but just a reference to a "hamburger sandwich". This would lead me to believe that it would be part of the regular vocabulary of the readers. In my estimation, this makes any origin story after 1897, bunk. The prominence of the hamburger in the American lexicon certainly started in the 20th century. It’s origin, however, is likely in the late 19th century.

And there are several hamburger origin stories out there. Let’s review some:

The story goes that this young man was selling meatballs a the 1885 local fair in Seymour, Wisconsin. People were not buying them. Just like today, we like things to be mobile at a fair. On a stick or some kind of contraption that would make the food easier to handle on the move. Well, “Hamburger” Charlie found some bread and, on the spot, invented the hamburger in 1885.

This is the reported hamburger origin from the Library of Congress. This is the kind of place that I would want to eat. Super rich history and look at the cooking equipment. So cool. Unfortunately, based on the story from their own page, they date the creation to 1900. While a popular origin story, it does not seem to be accurate based on the 1897 information shown above. While a very cool story from a joint that is still open, I cannot believe this story to be true.

White Castle, who also has a place in hamburger history as the first hamburger chain and possibly the inventor of the modern bun, claims Otto invented the hamburger. This man supposedly made a hamburger around the port of Hamburg in the early 1890s. As Germans and sailors immigrated to the US, so did the recipe, according to this hamburger origin.

It does not seem clear if he used a bun or bread. I also have not been able to find any corroborating evidence that this person existed. I think this is a possible origin story.

One thing about Fletcher Davis that is generally accepted is that he was at the 1904 world’s fair. Apparently, this event was likely an introduction of the hamburger to the world. Also, Davis claims to have served hamburgers. This is also in dispute.

There are several other claims to the hamburger origin story, but we have covered many. Hopefully, I have given a fairly clear picture of just how messy it is. What we do know is that the hamburger started to come into prominence in the late 1800s. Most of the stories involve changing a hamburg-like steak into a convenience food by putting a bun or bread around it. We may never know the actual origin of the hamburger, but I contend that its’ invention could not be avoided.