What is a maraschino cherry? 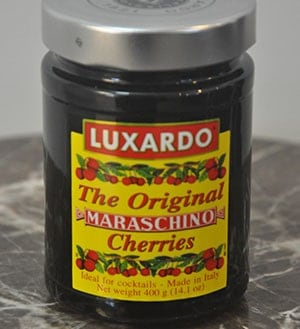 The term “Maraschino Cherries” is regarded as the common or usual name of an article consisting of cherries which have been dyed red, impregnated with sugar and packed in a sugar sirup flavored with oil of bitter almonds or a similar flavor.

Sigh… ok. Well sort of. Kind of? Maybe? I don’t know about you, but the maraschino cherries I get on top of my ice cream sunday tend to look nothing like a tree picked cherry. I mean, how does it even get that color? Wikipedia says they BLEACH the cherries. Then they are soaked in that crazy fluorescent red stuff that really isn’t cherry color, but somehow has become synonymous with cherry color.

So what makes a real maraschino cherry? Traditionally, they are a specific kind of cherry (marasca). Liquor created from the marasca cherry is infused into the final product. The cherries were treated this way so they could jar them and keep them over the winter. Much like we might can tomatoes or apples today, the people of Italy preserved these cherries.

Many substitutes for real maraschino cherries have been created in the past. This is because of the great demand for these cherries and relative scarcity of the marasca cherry. And somewhere along the way, the abomination that we see in the grocery store became the norm. The fluorescent red cherries are now accepted as the definition of a maraschino cherry.

Along came the Luxardo maraschino cherries to change my definition of what a maraschino cherry should be. Well, Luxardo didn’t just show up. They have been dealing with marasca cherries for a long time. The cherries started being produced in the early 1900s, but have been making marasca liquor for much longer. 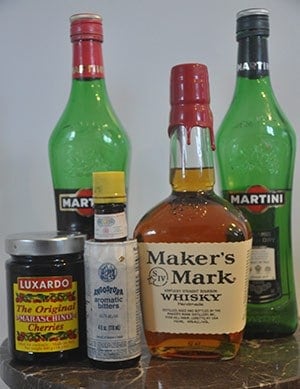