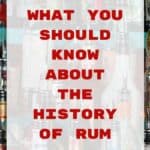 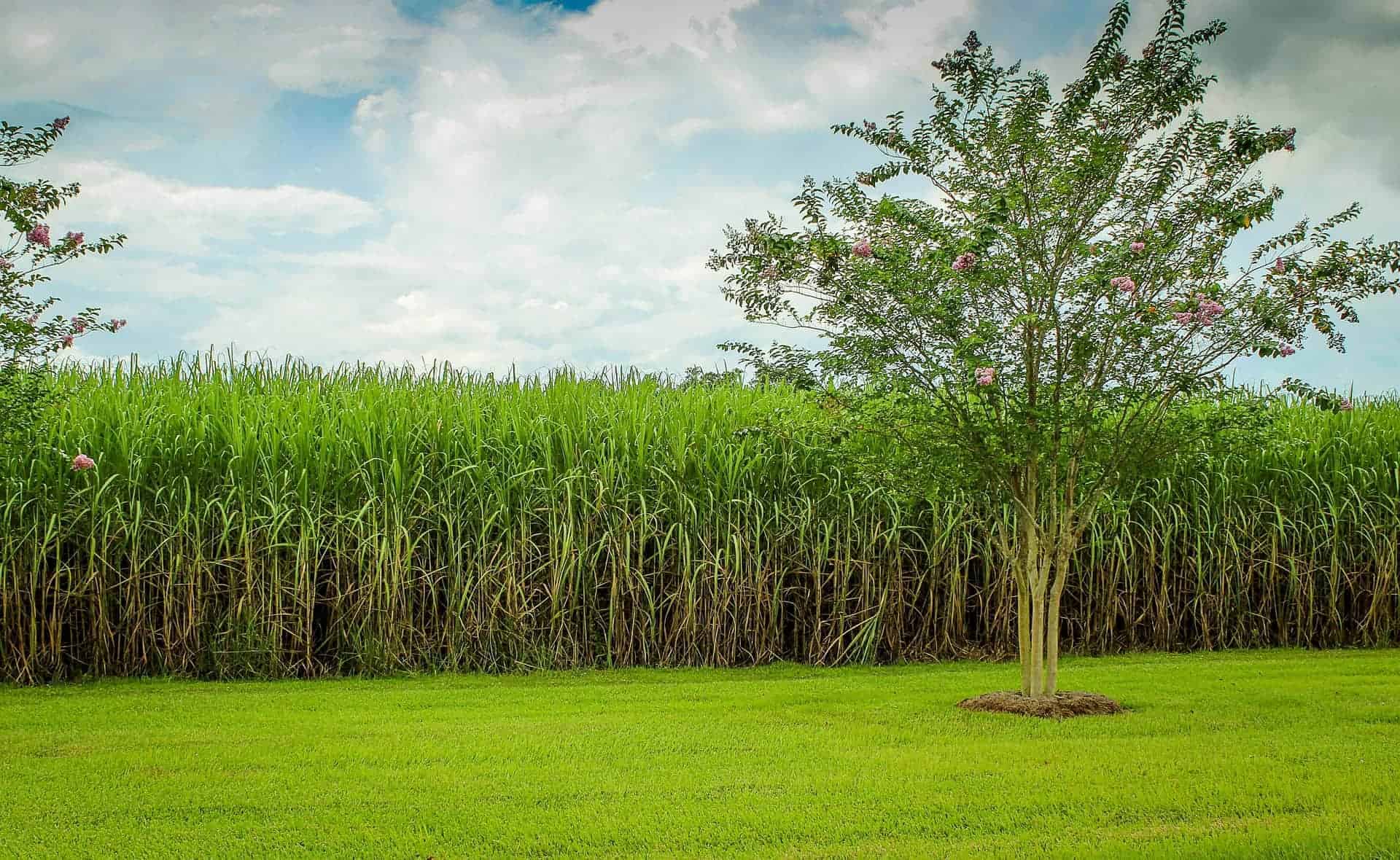 I think that when most Americans think about rum drinks, they think about vacation, the pool, and the Caribbean. What if I told you that the origins of rum come from Asia, slavery, Christopher Columbus, and maybe had a role in the American Revolution? Well, we are about to continue our Mojito series and are going to explore the fascinating, and sometimes ugly, history of rum.

Sugarcane and the history of rum

There is no history of rum without talking about the sugarcane plant. As told in our last post, rum is a product of sugarcane fermentation and sugarcane byproducts. Even though we may tie rum to the Caribbean, sugar cane is not natural to that area. Sugarcane originated from areas in the tropical regions of South Asia and Melanesia.

The true history of a rum-like alcohol may have some origins in these areas, as where there are people, there tends to be people who ferment things into booze. The earliest examples is an alcohol fermented by the Malays people called Brum. This reportedly, goes back a thousand years. That, however, is well before we started seeing what we traditionally call rum.

Migration of the sugarcane

So, how did sugarcane make it’s way to the Caribbean where they started making rum as we know it today? Trade enters as part of the history of rum. As Europeans started to trade (and conquer) areas of the Middle East, Africa, and Asia, products from that area became accessible to them and Europeans started to cultivate sugarcane.

On one of Christopher Columbus’ journeys to the New World, he brought sugarcane to what is now known as the Dominican Republic and Haiti. It just so happens that sugarcane thrived in these areas and he noted the potential profit to be made. Sugarcane evolved into big business.

Christopher Columbus reached the western world and brought slavery with him. It is said that sometime in the early 17th century, rum was created by slaves. Apparently, what we now know as molasses was considered industrial waste by the sugar makers (it is the leftovers of the granulated sugar). It was available in abundance and began to be used by those who needed it… slaves. Used out of necessity, they found that if treated appropriately, it would become a delicious alcoholic beverage. Rum was born. And as such, the slave owners profited from this discovery.

There is no exact date on when and where rum was first distilled, but rum production was recorded in the 1620s in Brazil. Popular belief is that it was originally distilled in the Barbados. One thing we do know is that rum popularity spread like wildfire across the globe.

The history gets a bit darker

Rum becomes part of a triangle trade and is closely intertwined with slavery. Prior to rum, slaves were moved from Africa to the Americas (including the Caribbean). Tobacco, sugar and cotton were picked up and then moved to Europe. Then textiles and other goods were moved from Europe to Africa. Rum became part of this equation as it gained in popularity.

With rum and population growth on America’s east coast, a new triangle was formed. New England became a rum producer and found it’s sugar and molasses from the Caribbean. In fact, Rum became one of New England's largest industries for a period of time. Rum and other goods was shipped to Africa. Slaves were shipped to the Caribbean. A vicious triangle that is just part of the history of this libation.

If you look at the common list of pirates from The Golden Age of Piracy, you will see that most are from Europe. How did these guys end up in the Caribbean? Generally, they were either involved with trade or the navy to begin with. 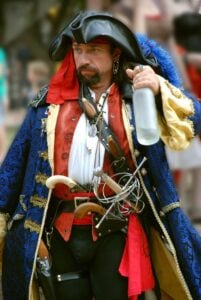 So you ask why rum is associated with piracy? I think it is nothing more than availability and that it was a source of economy in the area. Rum was easily available in the area and likely cheaper than other liquors. It may be just as associated with the Royal Navy, as they provided a daily ration of rum.

Some light may have been born from the monstrosity

The Sugar Act of 1764 may have disrupted trade and had enough of an economic impact to help spark the American Revolution. Rum may have been part of the reasons why America succeeded from Britain.

The taxation on sugar and molasses, however, did have its impact in America and rum became less popular. The late 1700s also brought rise to American whiskeys like bourbon and rye, perhaps in tandem with the increased costs of rum. Perhaps this taxation bolstered the American Whiskey revolution.

Even though taxation may have reduced the popularity of rum in colonial America, rum was already firmly rooted in libation history. I am sure there is some interesting things that happened with the spirit after 1800, but we will leave that for a different day and a different post. What I can say is that you would be hard pressed to find a bar that did not serve rum or a liquor store that did not carry some version of this libation.

History is a rough place and it does not mean that the ugliness should be ignored. Nor should we ignore the path of that ugly history. Rum has an origin in slavery, but it also has an origin in the world being connected and coming to where we are today. And today, it is a spirit associated with the Caribbean and vacations.

Where are we today? Well,I am in a place where I can sit back and enjoy a Mojito, a Pina Colada, or any other tropical drink and think about the heritage and all it took for that 2 oz (or maybe 4) of fermented sugarcane to get into my glass.