Home » Macaroni and Cheese » The History of Cheese 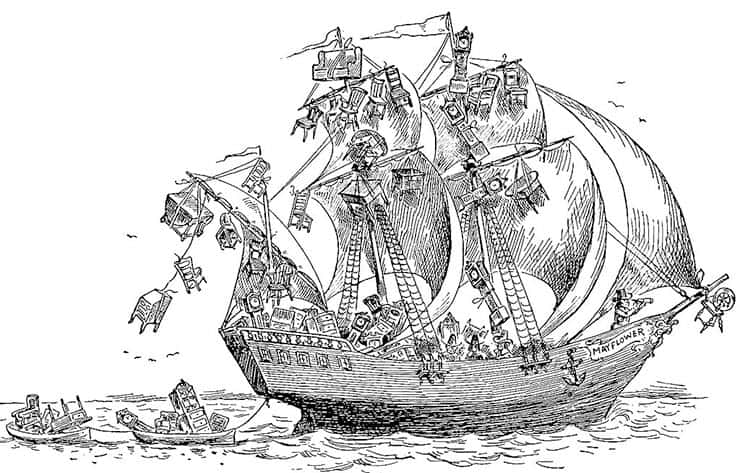 In our quest to find great macaroni and cheese, I figured it would be beneficial to examine the history of cheese just to get us a tad closer to the ingredients involved. We have already covered the history of macaroni and cheese, as a pair. This may even a bit far for me, but I was interested! So here we are, diving deeply into the origins of cheese. Let’s do a CSI style ENHANCE to look at the topic of cheese history.

As a disclaimer, this is far from a comprehensive look at the history of cheese. Entire books could be written on the subject and I will not claim to be able to cover the topic, in its entirety, in one blog post.

Nobody knows the exact origination of cheese, but it is old af

Recorded history goes back to about 3500 BC and there is evidence that cheesemaking goes back as far as 5200 BC. The evidence of cheese at this site is in the form of pottery that may have been used to separate the whey from cheese curds. The pottery has evidence of dairy remnants on them, as well as being in a shape that would be indicative of cheesemaking. So we have been able to date the history of cheese as far back as 5200 BC, but it could have been earlier.

Natural order of how this might have gone down

Well, at one time, mankind was just a hunter/gatherer species. Then, with the advent of agriculture, we started staying put a bit more. Along with our newfound tendency to homestead, came the benefit of being able to ‘tame’ nature (ha). We started growing crops and we started domesticating animals. National Geographic indicates that we started domesticating animals around the same time as the Agricultural Revolution, or about 10,000 years ago. Goats and sheep were probably some of the first animals to be domesticated for food.

Animals were first domesticated for meat and work (dogs for hunting, etc), but somewhere along the ways, humans started consuming dairy. If you think about it, it must have been some transition for humans to decide to start drinking the product of another species' teets. And when did we start letting it curdle before we decided "YUMMY.... let us try these chunks from a goat's breast!" Really, quite bizarre. Interestingly, lactose intolerance rates today depend very much on location. In areas like Africa and Asia, far more people cannot consume dairy. During this time, dairy may have gotten its start, but it did not proliferate evenly across the world because of a genetic predisposition to lactose intolerance.

The first evidence of dairy farming showed up in the area of Anatolia, or modern-day Turkey.

Knowing how prevalent lactose intolerance is in Asia and Africa, is it surprising that dairy consumption started to become prevalent in Europe? One theory on why this happened is that populations in Europe, particularly northern Europe, just needed more vitamin D in their diet. The sun did not shine as much and the temps were cool so people covered their skin. So recent evolution favored those that could process lactose and cheese eaters.

While milk consumption may have coincided with cheese, cheese provided a way to store nutrients for a longer time. While milk may have gone bad rather quickly (remember, they did not have refrigerators), cheese could be stored for much longer.

Cheesemaking was established ‘old hat’ by the time the Roman empire came around. Cheeses were being traded all over Europe, but it was still just the beginning.

Cheese in the Middle Ages

The Middle Ages is when cheesemaking really starts to come into its own and many of the cheeses we know today started to emerge.

Note that one of the items on this list is Cheddar… our good ol’ mac and cheese favorite. As we talked about earlier, Cheddar is actually a village in England and the namesake of this popular cheese. Cheddaring is the process that was named for the village. So cheddared cheese is a result of a special process that was named after a village in England. This kind of cheese has been documented going as far back as the 1100s.

Cheese in America is as old as the Mayflower. They brought cheese with them and I think this should be an indicator of how much of a staple cheese had become by this time. As immigrants came from Europe to America, so did cheesemaking.

Originally based on the east coast, by the end of the 19th Century, Wisconsin was establishing itself as the dairy and cheese mecca that we know today.

I hope my brief outlay of the history of cheese has been entertaining and informative. I really enjoy diving deep into these subjects and sometimes wish I could spend even more time on this. Cheese is very much a large subject and the entirety of its history cannot be covered in one book, let alone one blog post. Who knows, maybe we will dive deeper in the future.