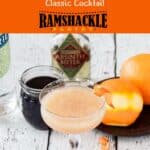 The Monkey Gland Cocktail recipe has a super interesting history, but the best part is that it tastes great!

We just shared a homemade grenadine recipe and I thought it would be fun to also share a classic cocktail that contains grenadine. Today we are drinking the Monkey Gland Cocktail. Despite its odd name, there are absolutely zero glands used in the making of this cocktail and, most importantly, it tastes phenomenal. It is a fun drink and today we will share the classic recipe and a bit of Monkey Gland cocktail history.

There is quite a bit going on in this drink and to me it is a burst of sweet fruity flavors built on a foundation of herbal tastiness. It has gin, which always will have a strong herbaceous flavor that is highlighted by the piney flavor of juniper berries. It has some straight up sweet fruit flavors with orange juice and the pomegranate in the grenadine. Finally, it has absinthe in it, which gives the cocktail a backdrop and taste of black licorice that is brought by the anise in the spirit.

History of the Monkey Gland Cocktail

The history of this cocktail contains a few elements that we have visited before. First, the drink has gin and we have looked pretty closely at the history of gin.

Also, the history of the Monkey Gland Cocktails shares a bit of history with the Bloody Mary. One of the main origin stories of the Bloody Mary history has its origins at Harry’s New York Bar that is still open and is in Paris, France. Both the Monkey Gland and The Bloody Mary were likely invented (or have origins in) Harry’s New York Bar. In early printings of Harry’s ABCs of Mixing Cocktails, he claims to have invented it earlier in the mid 20th century.

Harry's cocktial was inspired by the work of Serge Voronoff who became famous for grafting monkey testicles on human beings. Yes, you read that right. The thought was that humans would gain some of the virility of the apes or monkeys and it was a great way to increase vigor in older men. Everything from sexual stamina, increased energy, to longevity was attributed to this testicular procedure. If you are interested in getting nerdy about 1920 literature on primate testicle grafting, you can even read the entire 1920 book here.

Soon enough, this practice moved to obscurity, but not before Harry MacElhone of Harry’s New York Bar invented the Monkey Gland and immortalized Voronoff's work. I suppose the name was a bit tongue-in-cheek, but this was also a time when alcohol was considered more medicinal than it is today. Both gin and absinthe have historical roots as being medicinal in nature. Oh, and it was during a time when they thought it was a good idea to graft monkey testicles onto human beings… so there is that.

Use Of Absinthe in This Cocktail

I chose to use equal parts of absinthe and grenadine. One teaspoon. If this has too much of the anise flavor for your tastes, I think an alternative application which ends up having just a little less absinthe flavor is to just coat the inside of your coupe glass with absinthe, as we did with our Sazerac recipe. So, instead of adding all ingredients to the shaker, put a dash of absinthe in the glass and swirl it around so that it hits all the sides.

Then, use the shaker as I instruct, but just without the absinthe and pour the drink into the glass you coated with absinthe. 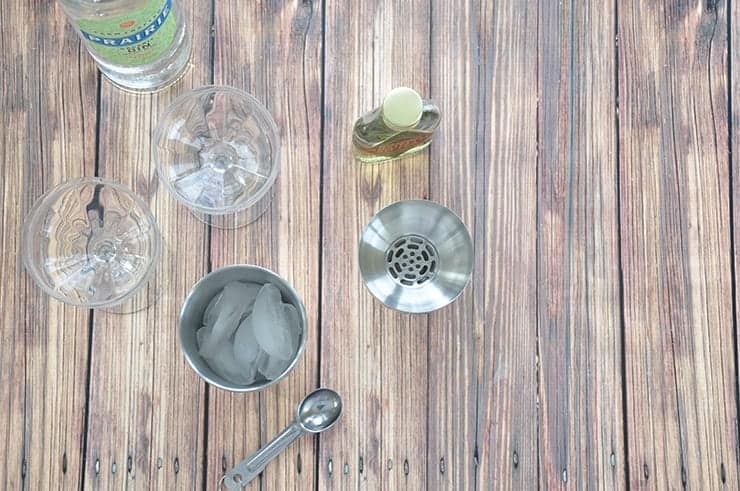 With that, I hope you really enjoy the Monkey Gland Cocktail! Make sure to subscribe to get updates via email and if you like this recipe, please consider sharing it on Pinterest or Facebook!

Products I Use In This Recipe

The Monkey Gland is probably the only classic cocktail who was inspired by grafting monkey testicles on humans. If there others, please let me know. I really want to know. Just how big of a niche is this?