The Old Fashioned cocktail is an essential of any bartender’s drink repertoire. Along with the Manhattan and Martini, it has been mentioned as part of “the inaugural cocktail trinity.” The interesting thing compared to the others, however, is that an Old Fashioned cocktail can be made so many ways that a drinker’s head may spin if they knew all of the variations. Patrons might come ready to instruct how they like their Old Fashioned. Some may want orange, cherry, or an apparent fruit salad included. Maybe some water or soda water or, perhaps, even none. The variations are almost endless. These differences do not stem from happenstance, but from a rich history. Today, we are going to look at the Old Fashioned cocktail history. Hopefully, we will narrow in on the essence and spirit of this most classic of cocktails

What if I told you that the Old Fashioned is the original cocktail? It is true. The cocktail became all the rage in the 1800s, with the first recorded description in 1806 in a periodic. It was described as follows:

"[A] Cocktail is a stimulating liquor, composed of spirits of any kind, sugar, water, and bitters."

So at one point, if this snippet was a good snapshot of old fashioned cocktail history, we didn’t have Mai Tais, Alabama Slammers, or even Manhattans. We had a ‘gin cocktail’, a ‘whiskey cocktail’, ‘rum cocktail’, or any other spirit that existed brand of cocktail. But if you bellied up to a bar and asked for a Margarita, they would have looked at you like you are crazy.

And there may have been some slight differences in the exact components, but the 1806 description is pretty spot on. For example, some did not use sugar, but gum (or gomme) syrup, which is fairly similar to today’s simple syrup.

Evolution of the cocktail

As time went on, bartenders and patrons began to slightly change this great drink. I think it is in the nature of humans to want to try and improv. Dr. Jerry Thomas (yeah… not really a doctor) included a Whiskey Cocktail in the first recorded drink recipe book, How to Mix Drinks or The Bon-Vivant’s Companion, so we can see what the recipe may have looked like in the early 1860s.

This is a great, and necessary, route for the world of cocktails and the Old Fashioned Cocktail history. People were experimenting with different ingredients and recipes. Some of today’s drinks probably have roots in this period of cocktail evolution. Some people of the time, however, just didn’t want the new fangled cocktails.

Back to the roots

And here is where the term ‘Old Fashioned” arose from. As drinks became more elaborate, with additional ingredients, some people just wanted a cocktail… an Old Fashioned cocktail. Back to “spirits of any kind, sugar, water, and bitters.”

In 1886, an author named Leander Richardson wrote in a periodical about this very topic. From the snippets I read in Robert Simonson’s book on the subject, it sounded like a rant.

Old Fashioned cocktails. And perhaps the name was being used in some circles, but a line in the sand was being drawn amongst those who held on to the past… and just liked the original drink better. The name started to stick and our Old Fashioned, in name, was born. In 1888, the Old Fashioned found its way, by name, into a printed cocktail recipe book.

Like most cocktail history, there seems to be confusion in the exact time/place of creation of the Old Fashioned, in ingredient and name. Probably the most storied were that this classic cocktail was first made at the Pendennis Club in Louisville, KY. The time and era check out, but there does not seem to be any hard evidence that this is the unequivocal birthplace of the Old Fashioned. If it were, there would not be other reasonable claims, which there are. Today, I am not going to dive too deep into the individual claim, giving room to the notion that cocktail history tends to be a little fuzzy.

But what is interesting about this call to the past is that even in this attempt to preserve the original drink, it continued to evolve.

The new and the old

During the period of the late 1800s, drinkers tended to embrace raw sugar in lieu of simple syrup or gum syrup. The cocktail is muddled and done so right in the vessel it is served. I am finding that this is my preferred Old Fashioned, as well. It really is fun to watch the lumps of sugar soak up and crumble with the moisture of the bitters.

Additionally, ice became a thing. During this same time period in Old Fashioned cocktail history, we started seeing large chunks of ice show up in the old fashioned. According to Simonson, this was a function of how people were drinking. People in the early 1800s were less leisurely about how they drank and the cocktail may have been served with no ice. Due to general increase of wealth and a shift in culture, new drinkers had more time to sip on their cocktails. There was more desire for aesthetic improvement and time to appreciate the ice.

It became fashionable to serve the cocktail with a small silver spoon. This actually makes sense if they are using raw sugar, as there is a little slurry of sugar yumminess at the bottom of an emptied cocktail. It would be a shame to let it go to waste, right?

Prohibition and cocktail culture goes on the down low

The golden age of the American cocktail was stalled, in short order, by prohibition. Yes, there were speakeasies and illegal drinking did happen, but the nature of the industry changed. It was more difficult to get alcohol and make a great cocktail. When just getting a decent bottle of whiskey becomes a problem, how much time and effort go into finding silver spoons, appropriate glassware, and proper ice shape?

The entire cocktail world and culture that surrounded it was in a bit of disarray. Dark times for any cocktail, my friends… dark times.

Repeal of prohibition and the Old Fashioned fruit salad 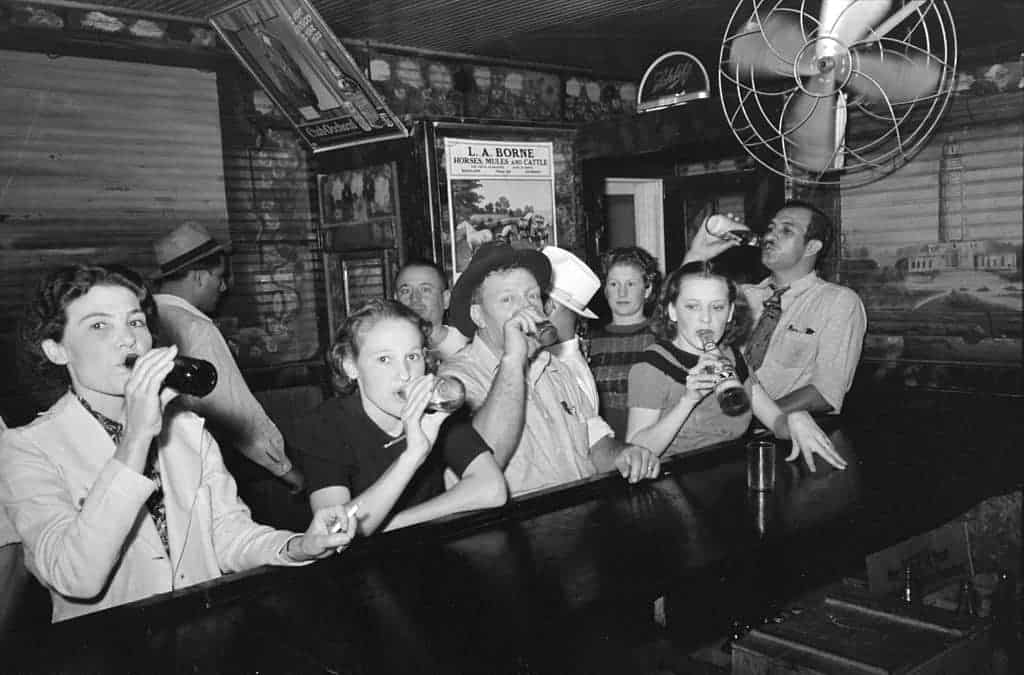 Good news, right? Absolutely, and the Old Fashioned came back with a vengeance. Not only was alchohol back on menus, but a whole bunch of social change was underway. Women’s Suffrage had been under way and had gained the right to vote years before. And while there was a long way to go, women and their role in drinking society became more prominent. There was a whole new market of cocktail drinkers that were waiting to be sold to.

With the re-emergence of the cocktail came a new generation to come along and try to improve on what was already great. The traditional Whiskey Cocktail AKA Old Fashioned started to see some changes. More fruits were beginning to appear in the Old Fashioned. Today, we can see signs of this heritage. Often, an orange or cherry… or orange and cherry... is served in an Old Fashioned. While this kind of cocktail is not for everybody, it is certainly part of the old fashioned cocktail history.

I argue that any of the above-mentioned versions of the Old Fashioned cocktail is a true old fashioned. The ultimate judge of how you want your old fashioned should be between you, your bartender, your mouth, and your liver. I am seeking the spirit and essence of the Old Fashioned cocktail history and I really love that late 1800s period. The golden age of the cocktail, so that is likely how I am going to roll with my recipes, moving forward.