Have you ever sat down at your dinner table and wondered how and why a certain set of ingredients came together to be called what it is? Who discovered the pizza? How did Macaroni and Cheese come to exist? What is the origin of the Sazerac cocktail? Here at Ramshackle Pantry, we love tackling these questions. Today we are going to be covering the history of the Midwest classic, the hotdish. The hotdish (also called hot dish) is a humble meal served in households and church potlucks all over the upper midwest and  really has an interesting historical path. The creation of the hotdish many know today has ties to enormous events like the World Wars and The Great Depression. Let’s explore the fascinating and storied history of the hotdish.

A Brief Look at The History of The Casserole

If you never heard of hotdish, it is a type of casserole that is very common in the states of Minnesota and the Dakotas. I am pretty sure that everybody I know, knows what a hotdish is. In fact, it is sort of mindblowing to me that some Americans may not know what it is. But, if you have heard of it and you think it is the same thing as a casserole, think again! As we discussed in What is A Hotdish post, I assert there is a difference.

The word ‘casserole’ comes from a French word that means sauce pan. And really, prior to the 1900s, a casserole really meant more the physical dish rather than the meal itself. So, you baked a meal in a casserole dish and it was a casserole. There are famous dishes like moussaka and shepards pie that are casseroles and very old in origin. So how did the casserole evolve into hotdish?

The first known recipe that was actually titled “Hot Dish” is appropriately from a church cookbook. The Grace Lutheran Ladies Aid cookbook from Mankato, Minnesota lists the recipe for Hot Dish as follows:

“Fry two pounds of hamburger. Fry, but not till brown, two large onions. Boil in salted water until tender one box Creamettes. Put in baking dish the fried hamburger, onions, creamettes, and add one bunch of celery cut up, one can of peas, 1 can of tomato soup, and 1 quart tomatoes, salt and pepper. Stir all together and enough water so liquid covers all, bake. -- Mrs. C. W. Anderson”

I have to be honest that I thought I could find a recipe for ‘Hot Dish’ that predated 1930, but I was wrong. My research skills failed me. While there might be earlier recipes, Mrs. C. W. Anderson retains the distinction of Hot Dish creator for the time being. The research did, however, uncover some pretty interesting details.

The Early Evolution of Hotdish

What I did uncover was an interesting transformation of the word hotdish from the 1800s to that moment in time when Mrs. C. W. Anderson was published with the Hot Dish Recipe. Let's look at the approximate eras.

Prior to 1900, I did find several references to the words ‘hot dish’, but they all referred to the serving vessel. “Put out into a hot dish” was a common phrase I found in several old recipes and magazines. It did not seem that the version of the word with no spaces "hotdish" was used at all.

Starting in the early 20th Century, I started finding references to the term ‘hot dish’ that had a slightly different meaning. In the United States, hot school lunches started to become en vogue and experimented with throughout the country. Many publications had very similar verbiage. The hot lunches in the publications were referred to as a ‘hot dish’ or the ‘One Hot Dish.’

So, instead of referring to a plate it was referring to a component of a meal that was hot. As in, the opposite of a cold dish. Nearly all of the references I found to ‘Hot Dish’ in this context discussed the benefits of serving that hot dish to students. It fed kids that needed food and provided energy to get through the school day. I even found an article from the Minnesota Farmers Institute Annual from 1912 that talks about rural school lunches.

Hot school lunches were different because cooking supplies and things like dishes were kept at school for student and faculty use. In rural areas, developing ways to serve a ‘hot dish’ likely was more of an obstacle than their urban counter parts, as resources were more limited. To serve a hot dish in a rural school was very well thought out plan.

The term ‘Hot Dish’ distinctly moves from merely being a plate to be a meal of importance.

But Hotdish is a Church Food!

Point taken, but I am going to assert something here. The ‘Hot Dish’ became a thing of importance in schools. In rural areas, what was the other main communal gathering place? Church. The techniques used in school ‘Hot Dishes’ would easily translate to churches. Remember, until relatively recent times, public utilities were not available in rural areas and even when added, may not have been added to the church. 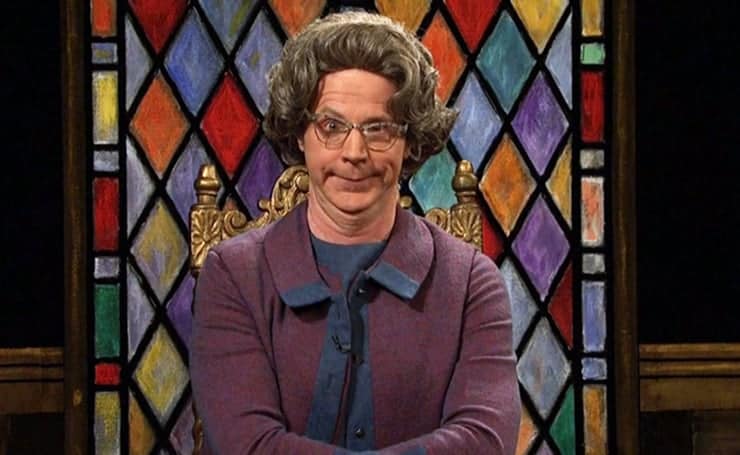 I believe the idea of the school ‘Hot Dish’ was readily adopted by rural churches as a way to better facilitate community events.

Why did Hotdish Originate in the Upper Midwest?

I think part of it is just coincidence that things happened at certain times and places. I do think, however, that there is a little more to the story.

We have already alluded to the rural aspect of the evolution of hotdish, but I feel that may have been an important ingredient in the evolution of hotdish. The church was more than a place to find God in those days. It was where community happened. Weddings, funerals, a weekly gathering of the area to come together to enjoy each other. This was a natural lubricant to making dining experiences in the church settings and I think this helped cultivate the Midwest tradition of hotdish.

When I started this series, I made a presumption. I presumed that hotdish originated as a tater tot hotdish with a can of Cream of Mushroom soup. That is not in its origin. Even if you look at the 1930 recipe or Betty Crocker’s basic recipe, it points to a tomato base and that is where its origin lies. Minnesota and the Dakotas would have had ready access to all of these ingredients year round. Canning tomatoes is a tradition in my area that goes back almost as far as our existence in these harsh lands. I live in an area that is historically known for wheat production and ranching is common in the regions. Having ingredients like tomatoes, pasta, and beef available made hotdish a reachable meal for most households, schools, and churches.

A combination of factors just seemed to come together to make hotdish the meal it was.

Industrialization And Its Role In Hotdish

As I have said a few times in this series, I most recognize hotdish in the form of a tater tot hotdish. You know the one… cream of mushroom soup and tater tots! I think we have established this is not the origin of hotdish, but how did it evolve into the dish I think of? Industrialization of the food industry is the best answer I have. The hotdish has origins in making meals easy and industrialization made things even easier.

Instead of having to can tomatoes, you could just open a can of Campbell’s Cream of Mushroom soup, which was first sold in 1934. Instead of having to boil noodles, a person could just dump some tater tots on top to add that needed starch to the dish. Tater Tots, incidentally, were invented in 1953 and sold by Ore-Ida.

A family unit no longer had to toil over a stove all day. Mom could just open some cans and lighten the freezer to make a meal that was economical and reasonably nutritous. It became easier for the Church Lady to whip up a meal for 50 people at a moments notice.

The World Wars and Great Depression

I don’t think I can talk about hotdish without discussing both World Wars and The Great Depression. These were enormous events in American history and how we ate was impacted. During WWI there was no mandated food rationing in the US, but there were large propaganda campaigns that reduced US consumption considerably. The government asked citizens to stretch meat and wheat consumption, even advocating for multiple meatless meals per week.

During World War II, there was large-scale rationing. Meat, butter, and canned foods were all rationed. 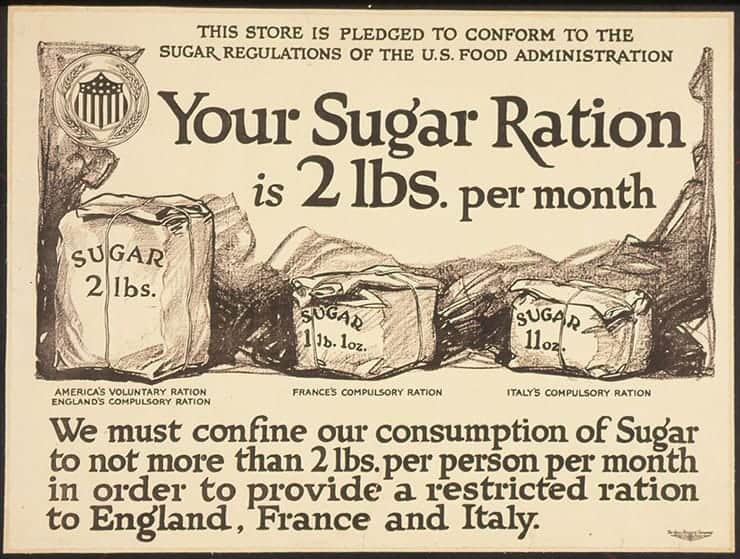 The Great Depression also impacted American consumption. The largest financial crisis in the United States hit hard. Unemployment was over 20% at its peak and families suffered.

From the beginning of WWI in 1914 until the end of WWII in 1945, a span of 31 years, the United States had 3 major events that greatly impacted food consumption. Each of these events asked or required households to stretch their meals. The hotdish may not have been created because of these events, but the events certainly would promote hotdish styles of meals.

How can you feed a family of four with a pound of burger, some noodles, veggies, and a few cans of soup? Hotdish.

The Space Between Them

I notice that Hot Dish and Hotdish now seem to be used interchangeably. At some point, and I am not sure when this happened, but the space became an option. There are now several high falutin sources that use the term hotdish instead of it's spaced cousin, the hot dish. I think that this must have happened gradually and the transformation started when C. W. Anderson first had her recipe published in 1930. Somewhere along the way, hotdish just became its own thing rather than a one dish meal that was hot. And the word evolved as did the dish. Through wars, disasters, industrialization, hotdish and hot dish became the same thing and identifiable to anybody in the upper midwest.

Hotdish has humble beginnings, but maybe it was one of the meals that America and the Midwest needed at the time. Hotdish was there when we needed it. From the One Hot Dish that fed school children at the dawn of the concept of school lunches to families doing their part in the war efforts. From war efforts to communing with neighbors at church gatherings. From church gatherings to single moms today trying to get a meal on the table… hotdish has been there. Most don’t appreciate hotdish and I get it. While I think beautiful hotdishes can be made, the traditional recipe is more a meal of convenience and comfort. Hotdish doesn't care, it still has your back.

It is ok. Not everybody needs to ‘get’ hotdish. For me, hotdish is more of a memory and time. A quintessential comfort food of the upper Midwest. And while it may rarely be served in an haute cuisine setting, it will continue to be served at tables, schools, and churches across the Midwest as part of our traditions and heritage.