History of the White Russian Cocktail 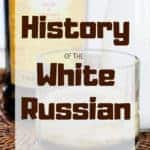 One thing I love about researching food and cocktail history is that it often shows our connectivity with each other. The White Russian Cocktail is no different. Even though the name sounds like it may have been first conceived of in a Siberian hideaway, that is far from the truth. The truth is much more interesting and really showcases the commonality that we all have in what we consume. The history of the White Russian cocktail brings us from Ethiopia to Mexico to Brussels. And yes, there are ties to Russia, as well, but perhaps not a strong as you might think. Learn more as we dive into White Russian History and enjoy this segment of our White Russian Cocktail series.

Down To It – The White Russian Big Bang

We are going to dive deeper into the individual elements of White Russian history, but I thought it would be most interesting to share with you the moment the White Russian was created. The first time that the White Russian was formally printed was in 1965 in the Oakland Tribune. While I could not find the exact article (please send it to me if you know where it may live), most sources report this as the first official acknowledgment of the cocktail.

It probably was being served somewhere prior to the actual printing, but this is the first reported printing of the drink. I believe that printing to be the first official big bang of the White Russian Cocktail, but there really is more to the story. There are many individual elements and coincidences that had to happen to make that fateful journey to that Oakland Tribune article.

We cannot give an account of the White Russian cocktail without discussing the Black Russian. In fact, the Black Russian really is the big brother to the White Russian. Why? Well, it does have a definitive creation. The Black Russian cocktail was created in 1949 in Brussels, Belgium. The bartender, Gustove Tops created it at the Hotel Metropole bar in honor of the US Ambassador to Luxembourg, Perle Mesta. Perle was not only an Ambassador, but a socialite and was even the inspiration of a Broadway play that later showed on the silver screen.

The Black Russian remained on the menu and made its way across the globe.

Note On The Popularity of Vodka

One thing that I have written about before in the history of the Moscow Mule and the Greyhound is the pre-WWII popularity of vodka, or lack thereof,  in America. It just was not a spirit that was consumed until the owner of Smirnoff really was able to break into the market following the Second World War. Vodka was a tough sell to Americans and in much of Europe. Combine that with the notion that ‘the cocktail’ was largely considered an American thing, and Vodka just was not a common spirit.

Russian in the Name

As I have already stated, the cocktail was not invented in Russia, but in Brussels. Really, the only reason that Russia was tied to the drink is because of vodka’s historical origins in Russia. The spirit does have origins in the Eastern Block, even if there might be some argument as to whether it was created in Poland or Russia. I am going to go with Russia, as they seem to have won the discussion as demonstrated in the name White Russian.

The History of Rum and Coffee

I think the most important historical point in regards to the White Russian is that both coffee and rum found themselves in the same area. Neither is native to the local environments, but they ended up being grown in the Carribean, Mexico, and South America.

We have covered the history of Rum before. The world became addicted to sugar and it turns out that the Caribbean is an ideal location to grow it. Christopher Columbus brought sugar cane (what rum is made from) to the New World.

Coffee is thought to have originated in Ethiopia, Africa. The coffee bean has been consumed for thousands of years in some form or another. It was a popular product in many parts of the world by the 1600s. The drink did not become popular in America and the new world until the late 1700s around the time of the Boston Tea Party happened. It became a patriotic duty of Americans to switch from British tea to coffee. The coffee bean and plant found its way to the same places where sugar cane was raised and became a prolific crop of South America and the Caribbean.

The History of Kahlua

By the 1800s, both rum and coffee were in a place where Coffee Liqueur was just ASKING to be made. Kahlua now is the big dog in the Coffee Liqueur space and they really have a long history behind them. Kahlua began production in 1936 in Mexico, which appears to be the first producer of coffee liquor. It is likely that there were others that found the drink and were making it between the Boston Tea Party (when coffee first started being brought to the New World) and when Kahlua started being produced, but not on the scale of Kahlua.

If anyone started producing Coffee Liqueur for public sale, none of these organizations made it and I could find no record of them, EXCEPT Tia Maria, but that history seems flawed to me.

A brand named Tia Maria makes a coffee liquor that has origins it claims from the mid-1600s. It is actually a really cool story that reads

“Tia Maria dates back to the mid-17th century when a beautiful young Spanish aristocrat fled the turmoil colonial war brought to the island of Jamaica. Her maid saved one family treasure, a small jewellery box with black pearl earrings and an ancient manuscript with the recipe for a mysterious liqueur. The recipe was named after the courageous woman. Tia Maria was born.”

While a cool story, it is an improbable factual history. Rum was just beginning to be produced in the mid 17th century and I am not sure it was a thing for the aristocrats quite yet. It certainly would not have been from an ancient manuscript. I mean, rum was barely a thing and coffee was a popular item by this time, but wasn’t even grown in this part of the world. It was not being produced in Jamaica at this time.

Alright, the Tia Maria story might be in the realm of possibility, but we are getting into some far-fetched circumstances where this whole thing might actually come together. If I take it too much further, I might think that the moon landing didn’t happen or that the earth is flat. 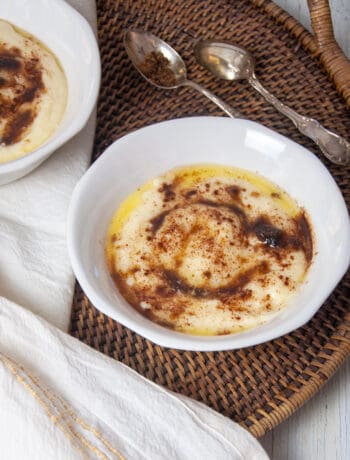 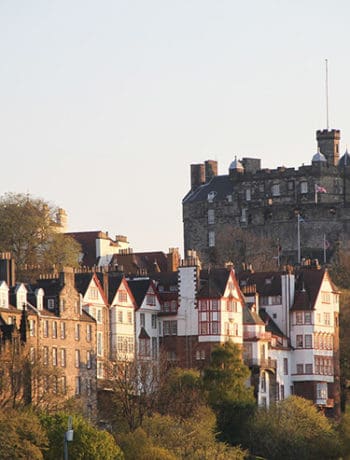 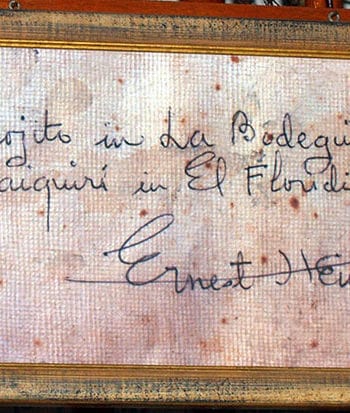