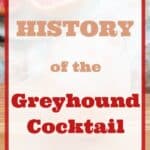 The Greyhound cocktail (recipe can be found here) seems simple enough, but it is sort of is amazing to think about all of the circumstances that resulted in the first Greyhound that was made. There is a history in this cocktail that spans the entire globe. An entire fruit had to be created by man. That is before we even talk about the spirit in the cocktail. The alcohol alone in the Greyhound drink has a storied past that probably could be covered in an entire book by itself. Ordering or making any classic cocktail, like the Greyhound drink, really is a small exercise in celebrating humanity’s achievements and obstacles. Today, I hope I can shed a bit of light on those achievements by uncovering the history of the Greyhound drink.

What Goes In A Greyhound Drink?

The most common recipe today involves ice, grapefruit juice, and vodka. It does get a little more nuanced than this description, but it really is just a simple drink with an interesting past. The pieces of the drink have an interesting past, as well. Grapefruits, for example, were not a fruit before man intervened and made them. Vodka has not always been the alcohol of choice in the cocktail. And, of course, there is the matter of how these ingredients came together to form the Greyhound drink.

When Was the Greyhound Invented?

Information is often muddled in cocktail history unless the creation of the drink was clearly inspired by a brand, like was the case for the Moscow Mule and Smirnoff. We do not seem to have the luxury of brand with the Greyhound drink.

The general consensus is that the first printed version of the Greyhound was in 1930. The legendary London hotel, The Savoy, printed a cocktail book that contained the first recipe of the drink.

The author of The Savoy Cocktail Book was Harry Craddock. Harry Craddock was a celebrity bartender of the 1920s and 1930s. An England native, he immigrated to the US at the turn of the century for better opportunities and bartended at several famous drinking establishments. One of which, The Hoffman House, was previously mentioned in our history post on the Manhattan Cocktail.

Prohibition And The Greyhound Drink

Once prohibition hit, Craddock packed his bags and headed home. During an era when cocktails (largely an American invention) could not be served in America, The Savoy had an American bar that filled that role. Craddock tended bar here and created several drinks in addition to the possible attribution of the Greyhound.

An interesting thing in Greyhound drink history is that the spirit originally was not vodka, but gin.

Gin Or Vodka In A Greyhound

Vodka is the more popular spirit in a Greyhound today, but that was not always the case. The earliest we can track the cocktail back is to 1930 at an American cocktail bar. As we learned in our investigation of the Moscow Mule, vodka just was not a popular spirit in the US until after WWII. Smirnoff really had a tough time selling vodka in the US and only started gaining popularity in the 1940s.

Prior to that, Whiskey was king in the US, but gin was also a staple across the US and the world. To me, it makes perfect sense that gin was the primary spirit in the Greyhound since it was created at least as far back as 1930.

As time went on, vodka replaced gin in many forms. Depending on who you ask, the perfect vodka has no flavor, so it can create a drink that is very palatable for people who do not want to taste ingredients used in distillation. Vodka eventually overtook gin and whiskey in US sales and is enjoyed en masse today. While it makes sense to me that gin was the original spirit in a Greyhound drink, it also makes sense to me that vodka replaced it.

The History of Grapefruit

Did you know that grapefruit was made by man? In fact, a grapefruit is a cross between a sweet orange (the awesome little buggers you can get in the store today) and another citrus fruit called the pomelo or shaddock.

Both the sweet orange and shaddock have origins in India and Southeast Asia, but made their way to the Caribbean. In the mid 1700s, likely by accident, the two crossed and BLAMMO! Grapefruit. 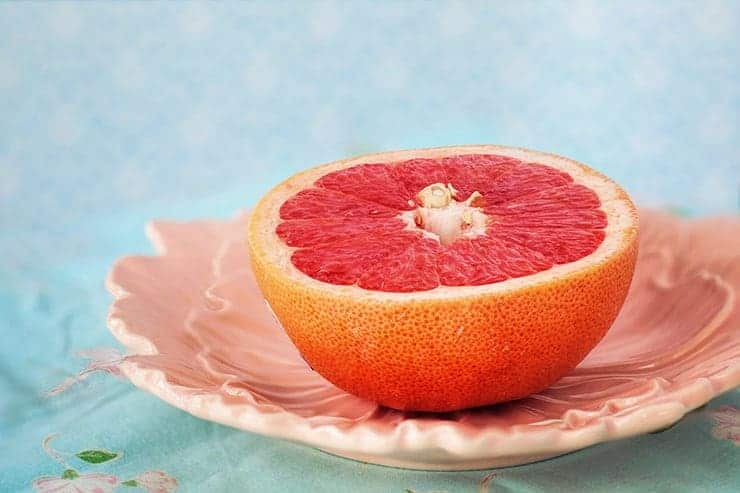 The tasty, sweet oranges we see in the grocery store today have been cultivated by humans. Oranges go back as far as 7000 years, but they would not have been the same thing we find today. Last year, Ashley and I visited Seville, Spain and there are orange trees all over the place. Even though they are beautiful, a person just does not pick them off the tree and eat them, as they are very bitter. They are still edible but need to be processed into things like marmalade or dishes where sugar is added. These were the oranges that existed in the western world until the 1400s. 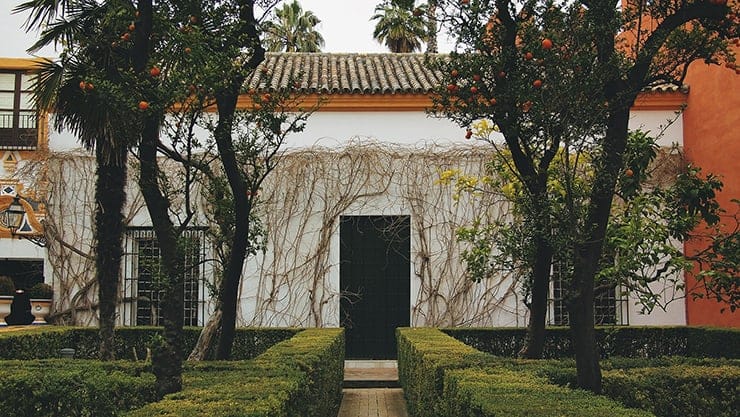 In the 1400s, the sweet orange first made its way to Europe and they loved them. I mean, oranges are awesome, right? So, oranges made their way from an interesting fruit to being prolifically planted and raised by man. Europeans exported them to the Caribbean and South America. Here is where the grapefruit big bang happened.

Maybe The Savoy Cocktail Was Not The First

It would have been impossible for a Greyhound Drink to have been created before the grapefruit. That gives us a timeline between about 1750 and 1930 when someone may have made the first Greyhound. The Greyhound is a very simple drink, so the possibility that it was served before The Savoy is very likely.

Narrowing In Our Timeline

In fact, being a human being and knowing that we humans tend to love our liquor, I would say that it is almost a certain that this happened, but I think we can narrow in on some ideas to laser in that timeline.

I did find a recipe from 1927 that eludes to using grapefruit in a cocktail capacity that looks similar to a Greyhound drink. It is only a small snippet, but it looks like this really is a Greyhound that predates the Craddock’s version. They added sweetener, which I think would make it a slight variation of the original. It  could, however, still fall under the umbrella of a Greyhound.

The popularity of Grapefruits

The timeline of Grapefruits popularity is probably important for it being used in a real culinary capacity. I use a Google tool that maps mentions in books over history. This tool shows that grapefruits really did not start gaining acceleration until the early 1900s. Many of the examples I found from the mid 1800s prior seem to be scholarly in nature, rather than recipes

Not Fact, But Speculation

From about 1910 to 1940, the popularity (according to print mentions) of grapefruits skyrocketed. Some things just have a great time-place factor that makes its creation inevitable. I feel like it would have been very likely that this drink would have started gaining traction somewhere from 1910 until prohibition started in 1920.

I cannot say this as a fact, but I think that Harry Craddock had the Greyhound drink as part of his repertoire well before he moved back to London and started working at the Savoy. This speculation is due to the rise in popularity of cocktails, grapefruit, and the simplicity of the cocktail. For now, I can only imagine and wonder where Craddock got the recipe from or if he made it himself.

That is about it. The history of cocktails and grapefruits come together in a way that makes a time-place big bang of the Greyhound almost inevitable.

I hope you enjoyed diving deep into the history of the Greyhound drink and uncovering some interesting tidbits about the cocktail. The components are simple enough, but each has an interesting story to tell. The ingredients came together and the Greyhound cocktail big bang happened. Next time you order that Greyhound, maybe take a split second to think about all of the little things that had to happen to make that cocktail possible. Hey. Also, sign up to get a weekly update via email!