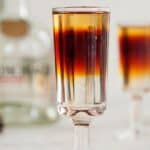 We are going to have some fun today with our first ever shot recipe. In our tradition of keeping it a bit weird at Ramshackle Pantry, we are coming up with a shot recipe based around Yodeling. Stick with me and this tasty, herbal, and spicy shooter recipe will have you yodeling with delight. 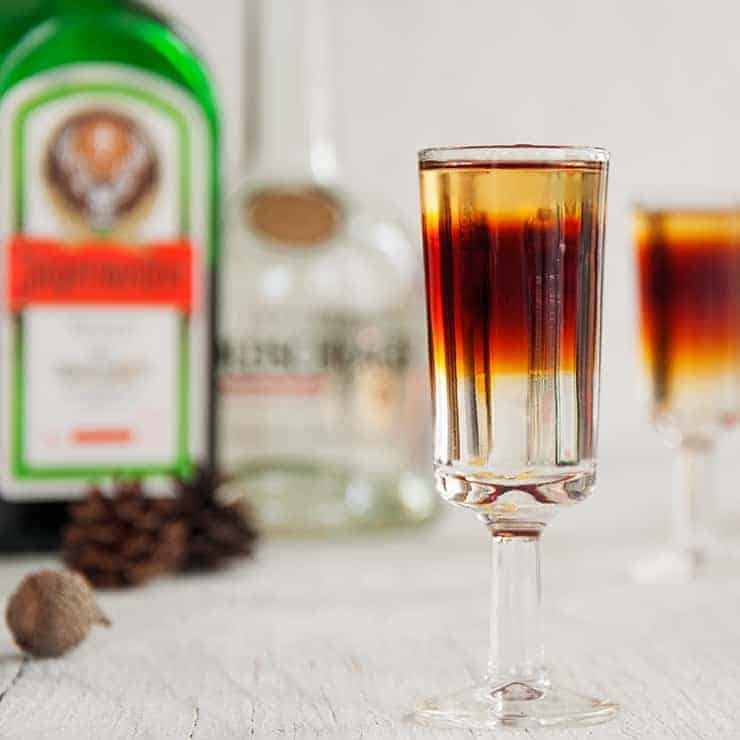 About The Total Yodel Shot Recipe

We recently made a traditional Norweigan drink recipe named Glogg that uses Norweigan Aquavit and I wanted to continue with the Aquavit theme. How else could I use this spirit? Well, I have been sipping it straight and that is pretty good, if the bottle is stored in the freezer. I thought combining spirits that share something with Aquavit could make for a great shooter. Norway has plenty of mountains. Add in some Jägermeister from mountainous Germany and Goldschläger from Switzerland ... BLAMMO, a new shot recipe!

It seems like such a great combination, as they all have a great complimentary flavor when mixed. All of these spirits involved come from that Northern European region and all of the countries are known for having an alpine, mountainous, climate. Also, there is a tradition of Yodeling in all of these countries.

I am not going to dive too deep into the history of Yodeling, but Wikipedia indicates that this practice likely originated from alpine communities communicating with each other and it's own population.

This shot does have the sweetness of Goldschläger layered on the bottom, then a layer of Jagermeister, and the light Aquavit on top. As you can tell from the images, it can layer out quite nicely.

The Temperature of Spirits in The Total Yodel

All three of these spirits can be stored in the freezer and that is how I recommend serving them in this shot. It will be absolutely fine if you don't store in the freezer, but expect the taste to be just a bit harsher.

It is not that difficult to layer shots as long as your ingredients are of different weights. It really comes down to the weight of the liquid when it comes to layering. Here is a quick tutorial on the subject of shot layering and this is a great chart on the Specific Gravity (or weight) of various spirits. When I layer in a regular shot glass, just a normal spoon works well for adding liquors gently to your masterpiece. 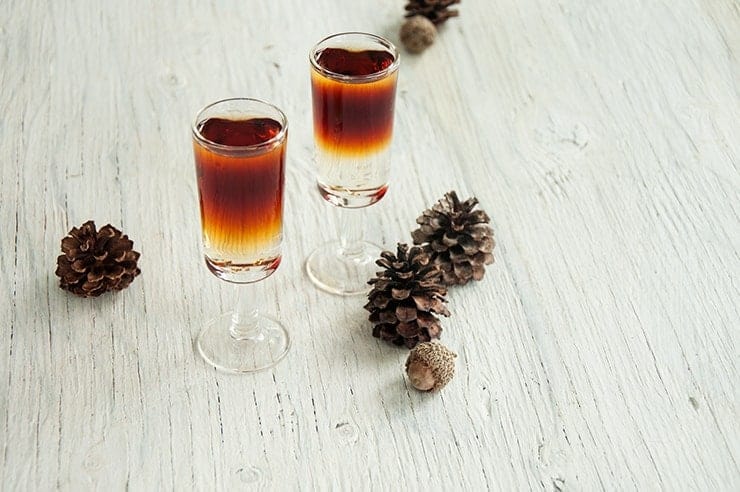 Did you Make The Total Yodel Recipe?

Awesome! Thanks for giving it a try. You can always help me out by leaving a comment or sharing this recipe on Pinterest or Facebook. Of course, I would LOVE for you to subscribe to my email list so I can send you new recipes on occasion!

This shot recipe is spicy, herbal, and a tour through European alpine community. The Total Yodel combines aquavit, Goldschlager, and Jagermeister to make a delicious drink.